OUR STORY AND OUR MINISTRY 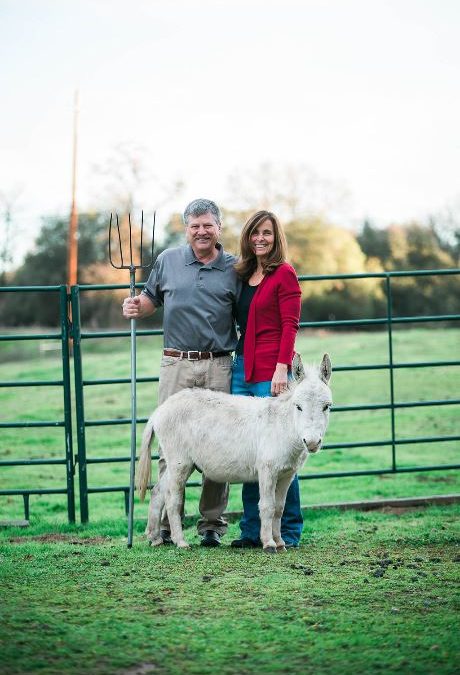 Just As I Am Ministries is a self-supporting organization dedicated to reaching people who are lost in the devastation of addiction.

We sincerely believe that there is a way out for everyone! Why? Because we’ve experienced it! That’s why we’ve created the program “Clean: 7 Steps to Freedom,” which is helping people all over the country turn their lives around.

What are the seven steps? We’re glad you asked …

We are also an independent ministry supported by donors. If you want to make a difference in the lives of people who are struggling with addictions, we hope that you will give willingly. We’d want to ensure all our resources—from the media on our website to our “Clean: 7 Steps to Freedom” is freely available to addicts trying to break through the cycle of addiction. Thank you for your support.

RICH KOLLENBERG
I didn’t use drugs or alcohol during high school and I was very driven in everything I did. I excelled in music, sports, and academics, graduating as valedictorian, class president and earning other numerous awards.

I didn’t go on to college however, but worked as a mechanic and started drinking and smoking with the guys. This became the norm as my conscience was silenced with alcohol. At first it was not a physical addiction. It was more of a routine, a ritual, something I did every afternoon and evening, just like getting up and eating breakfast, even though I felt so bad in the morning I swore I wasn’t going to do it again that afternoon. I loved rock-n-roll music and joined several bands during the early years of abuse. I also got into construction at this time and the combination of rock music and construction allowed me access to an unlimited supply of every drug imaginable, the taking of which I had assured myself I would never do when I was in high school.

Now my new friends were all different than high-school days; impressing them took new talents, such as using cocaine. I fell in love with cocaine at first contact and my life began to revolve around the acquiring and using of this drug. I began to care about nothing but this drug and the alcohol, both of which I had now become dependent upon, all the while maintaining that I wasn’t addicted to anything.

My life began a slow spiral downward. During this period of time I began dealing large quantities of drugs, storing weapons and growing marijuana, all of which became normal everyday life for me. Having guns held to my head or stuck in my face were things that I put up with to get drugs. Drugs came first, before family, girlfriends, and work. My addiction took me down to smoking crank and an involvement with manufacturing it. I was thoroughly convinced that I couldn’t live without drugs, and without an overdose amount in my system I wasn’t “normal”. I lived in a one-room garage and slept on the floor with a beer keg as a fireplace to keep warm. I realized I had tried living life my way for 41 years, 23 of them in alcohol or drug abuse and it hadn’t worked. There was no one left. Even my girlfriend Susan told me not to come around.

In a fog I reflected on my life and somehow without hurting me too much, God showed me what I had done. I cried out to him for help at the top of my lungs and instantly the obsession for using was gone. As I reflect on this time in my life I realize that I was thoroughly beaten. My way hadn’t worked and so God in His mercy allowed me to suffer the consequences of my choices just long enough that I would hear His voice clearly. He told me, “This was it, if I was to use drugs one more day I would die.” It must have been God’s goodness that kept me listening. My life then became a diligent search for the truth.

I realized I needed to surrender to win, to stop fighting everything and simply search for God. He had already helped me to stop using drugs. So I clung to him and the hope that he would fix my life that I had spent all those years of abuse ruining. Susan and I got married shortly after we got clean, and we knew we had to find truth or we would end up back where we were. We understood that God is different than the world for we had been there and seen how the seemingly small choices and compromises can lead you down a road that will eventually have you doing things you swore you never would.

The Lord has been so good to us, He has given us a wonderful church family, a new home, great jobs with great employers, and he has also given me back a relationship with my family that I had unknowingly worked so hard to destroy. There are continually great trials and challenges that come our way but if we continue to rely on God, to claim OK. We tend to associate God’s miracles with a Man that walked this earth 2000 years ago, but believe me—Christ still works miracles today!

SUSAN KOLLENBERG
When I was very young I was sexually molested. From that point on I felt unlovable, ugly, abandoned, and different from others. I felt like I was walking around with this big black hole inside of me. I had attended a Catholic school from grades 1 through 5 and was mesmerized by the mystical and beautiful surroundings, but where was God? And if He is so powerful why did He allow all of the awful things to happen to me?

The first time I smoked a cigarette, at age 10, it made me feel good and it filled up a little bit of the emptiness inside. The cigarettes weren’t quite enough to fill me up and I moved on to alcohol and then pot. By age 13 I had tried cocaine and by age 15 I was using it on a regular basis.

By the time I was 19 I was arrested for selling an ounce of cocaine to an undercover drug enforcement officer. It was the first of several arrests and stays in institutions and drug rehab programs. I did what ever I had to do to get the drugs and stay high. I slept with whomever I had to and stole from whomever I had to. It got to the point that nothing was strong enough to fill that hole. Drugs took me to places and made me do things I swore I would never do. I got to the point where I couldn’t live without them. I became a liar, a cheat, and a thief.

When I was 31 years old I was arrested at the home where I grew up. It was probably the biggest drug arrest in the town of Lincoln. My father was then the mayor of that town. I had been through and done so much to humiliate my family and myself, but nothing could stop me from doing the drugs.

After three years of abusing the recovery opportunities that the courts made available my probation officer was fed up with me. I was facing even more time in jail and prison time. I just couldn’t do it anymore on my own and couldn’t stay clean and I knew it. The night before I had to turn myself in I knew if things didn’t change I was going to die. I cried and asked God to help me. I used and ingested many drugs that night and I was still unable to get high. Somehow I still ended up getting myself to jail the next day. I was extremely underweight, my hair and teeth were falling out and I had sores all over my skin.

After being transferred from the main jail to minimum security I met a woman there who asked me why I kept doing what I was doing. I told her I didn’t have a choice in the matter. It was the only life I knew. I was hopeless. She asked me if she could pray with me and ask God to deliver me from this addiction. I didn’t think it would help, but I didn’t think it would hurt either. I don’t remember exactly what she said. All I know is that God heard her prayer and I have never an obsession to use drugs since! I began to pray simple prayers like, “God please help me!” And it worked. From that point on I knew that it was only by the power of God that I was able to stay clean.

Everything in my life had to change. I also knew that I had to be as determined and obsessive in my search to know God and to do His will as I had been in getting my drugs. If I don’t, on daily basis take an active part in a relationship with God, then I will never make it. Each day I wake up and make the decision if I want to live or if I want to die. I used to blame everyone for everything that happened to me. I know now that I am the one who makes the choices and decides on how to react to the things of this world.

Forgiveness has been the one of the best tools God has given me. He has forgiven me so much that I in turn can forgive others. I look back at my past and I am amazed at who I used to be and what my life was like. I never dreamed I would be able to live without drugs. After 25 years of drug abuse, I have been clean for twelve years and each day is incredible. Life is still difficult. I have done a lot of damage to my body because of the drug use, but God is so good. It is like the former things have passed away and have been forgotten and I am a new creature. The most important thing for me today is to continue to share my story of God’s power. There is a saying “You can’t keep it unless you give it away.”